by JauntyM on June 23, 2022
11
0
previous article
Article writing or scam? College Aftermath Review!
next article
Disney needs to take a step back and allow for other stories and franchises to shine 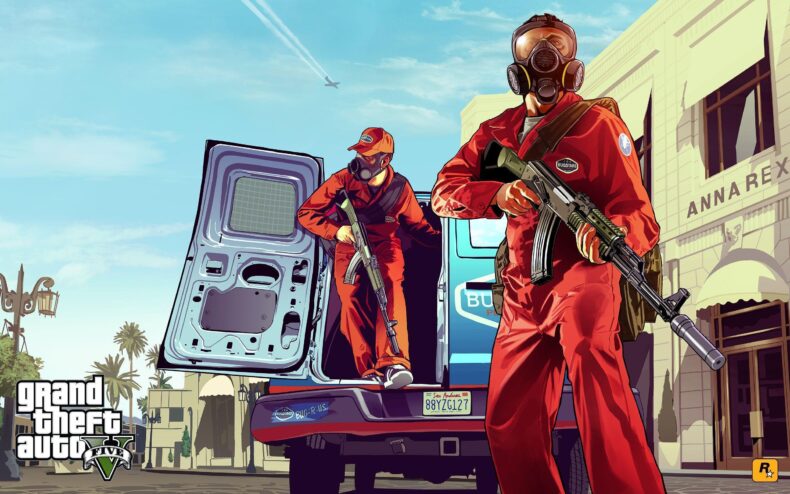 GTA 5 Online is starting to get boring for some people. The main reason seems to be the lack of content. There isn’t a lot to do besides grind for money and level up your character. The missions are all similar and there aren’t many side activities to keep players engaged. Even the new Heists are just more of the same. Players are also getting tired of the microtransactions. Many feel that they are being forced to spend real money to progress in the game.

or a grind to get money. The reason I think it’s getting boring is the lack of new content and things to do in the game. When I first got GTA 5 Online it was really fun doing heists with friends but now it’s just the same thing over and over again. There needs to be more side missions or something to break up. But all the side missions are becoming repetitive. I just feel like the game is becoming a grind to level up and make money.

Introduction of Pay walls to play the game

GTA 5 first came out on Xbox 360 and PS3 then they transferred the latest version onto the PS4 and Xbox One. Now recently they have introduced a better version that works only on the latest gen consoles PS5 and Xbox Series X. The thing is this new version is Pay to Play. You can’t even play it without coughing up the dough. This isn’t just a one off payment either, you have to keep on paying every month just to play the game! If you want to stop paying, your progress will be reset and you’ll lose all. There is a limited time during which you can transfer the character and many people simply stop playing the game and lose interest.

GTA 5 Online has been out for a while now and the maps haven’t changed much. There are still the same 3 main city maps to explore. Players are starting to get bored of these maps as they haven’t changed in years. There are no new areas to explore or side missions to do. This is causing many players to lose interest in the game. The microtransactions are becoming too much.

It seems like the main reason people are getting bored of GTA 5 Online is because of the lack of content. There isn’t much to do in the game besides grind for money and level up your character. The missions are all similar and there aren’t many side activities to keep players engaged.

The original heists are outdated. You need 4 players to play most of them. If one player leaves the lobby the mission fails and you need to find another set of players to play the level again. This is really frustrating as it takes a long time to find 4 players who are willing to stay in the game for the entire mission.

There are also no new heists or missions added to the game. The only new content is usually vehicle or weapon related. This is causing many players to lose interest as there isn’t anything new to do.

The microtransactions are becoming too much

Many players feel that they are being forced to spend real money to progress in the game. The prices of in-game items have become outrageous and it’s impossible to buy anything without spending a lot of money. This is causing many people to quit the game as they don’t want to keep spending money on something that isn’t fun anymore.

GTA 5 Online is becoming boring for many players due to the lack of new content. The missions are all similar and there aren’t many side activities to keep players engaged. The microtransactions are becoming too much and many people feel that they are being forced to spend real money to progress in the game. The game is also becoming a grind to level up and make money. Many people are simply losing interest in the game and quitting altogether.