by JauntyM on July 3, 2022
5
0
previous article
Unity Lays of hundreds of employees
next article
Someone came up with an adventure game about getting a divorce! 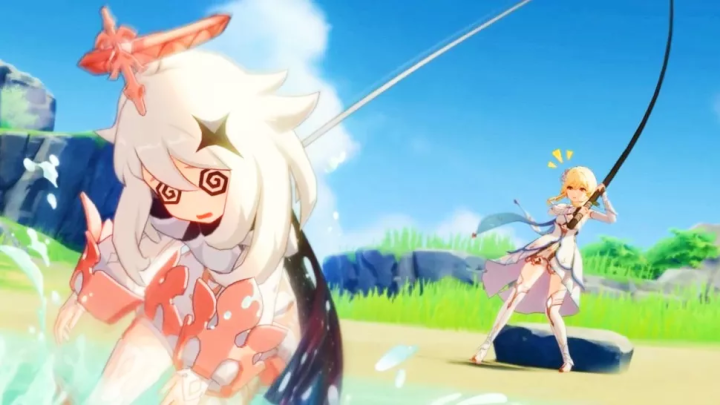 The popular open-world adventure game Genshin Impact is going tropical for its Summer 2022 update. The new map, which is called “The Island of Dawn,” will be set in the archipelago of the same name and will feature a range of new environments to explore, including dense jungles, active volcanoes, and more. In addition to the new setting, the update will also introduce a host of new characters, enemies, and quests. Players can expect to see some familiar faces as well as some new ones, and the developers have promised that the island will be packed with secrets to uncover. The update is currently in development and is slated for release in Summer 2022.

The HoYoverse team has been hard at work on Genshin Impact 2.8, and they’re finally ready to show off what they’ve been working on. In a new 30-minute special, the team details everything that players can expect when the update launches on July 13, 2022. There are a lot of new features and content coming in 2.8, so be sure to check out the special for all the details. Some of the highlights include new playable characters, a new location to explore, and an updated combat system. There’s also a lot of new content coming for existing characters, so everyone will have something to look forward to in 2.8. Whether you’re a Genshin Impact veteran or just getting started, 2.8 is shaping up to be one of the biggest updates yet.

Genshin Impact 2.8 shows some previews of the jungle of Sumeru, a new region of rainforest and highlands on Teyvat. The trailer starts with a shot of a lush, green forest before panning to a group of giant flowers. Next, we see the Grassland Highlands, which are covered in trees and seem to be home to some kind of glass structure. Finally, we get a glimpse of the new region’s capital city, which is filled with towering glass buildings. The trailer ends with a shot of protagonist traveling through the jungle on what appears to be a hoverboard. From what we can see, the new region looks like it will be full of things to explore. We can’t wait to see more when Genshin Impact 2.8 releases later this year.