by JauntyM on April 25, 2022
14
0
previous article
Sony also planning to put ads in games!
next article
Elon Musk all set to buy Twitter 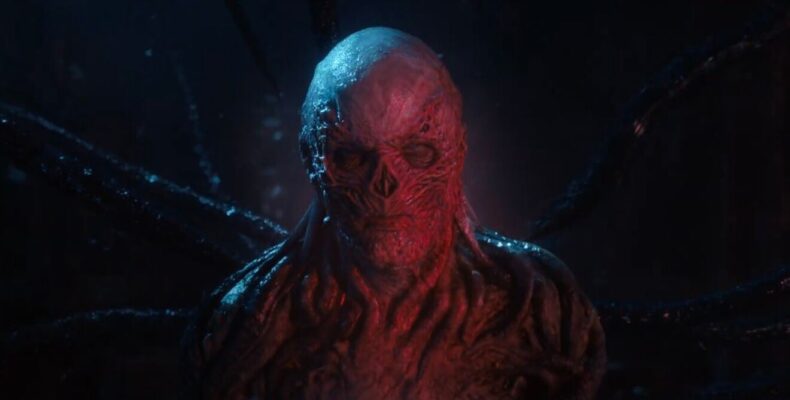 It’s no secret that Stranger Things is one of the most popular shows on television today. The nostalgic ’80s setting, engaging story lines, and lovable characters have won over the hearts of viewers around the world, and the show has quickly become a global phenomenon. With the release of the fourth season just around the corner, fans are eagerly anticipating what’s in store for their favorite characters. And if rumors are to be believed, they’re in for a treat: sources close to the show have revealed that the new season will be the biggest and most expensive yet, with a per-episode cost of $30 million. While this may seem like a lot of money, it’s important to remember that Stranger Things is one of Netflix’s most-watched shows, and the streaming giant is known for its willingness to spend big on its flagship programs. With that in mind, it’s safe to say that Stranger Things is here to stay and that fans will be treated to even more excitement in the days and seasons to come.

According to the Wall Street Journal, Netflix is becoming more cost-conscious after years of focusing on growth. The shift comes as the streaming giant looks to balance its budget and continue to produce hit shows. Stranger Things was used as an example of a show that needs “under-the-radar, relatively low-cost hits” to balance out its massive price tag. This news comes as a surprise to many, as Netflix has been known for its willingness to spend big on original content. However, it seems that the company is now looking to cut costs in order to maintain its profitability. Time will tell how this change will affect Netflix’s ability to produce quality content, but it is sure to be a closely watched development in the world of streaming television.

It’s no secret that Stranger Things is one of the most expensive shows on television. With its impressive special effects and top-notch production values, the hit Netflix show has a price tag to match. According to sources close to the show, each episode of the upcoming season cost a staggering $30 million to produce. However, while Stranger Things may be a big-budget affair, it is not the only show that Netflix has to invest in. In order to balance out the costs of its more expensive programming, the streaming giant also relies on a steady stream of under-the-radar hits. These relatively low-cost shows help to offset the high price tag of shows like Stranger Things and ensure that Netflix remains a profitable business.

Netflix is always on the lookout for its next hit show. In recent years, the streaming giant has invested heavily in original content, producing some of the most popular tv shows and movies around. However, these big-budget productions can be very expensive, and not all of them are successful. That’s why Netflix is always on the lookout for shows that don’t cost as much to produce but still have a chance to become hits. Squid Game and Virgin River are two examples of this type of show. They both cost around $3 million per episode to produce, which is a fraction of the cost of a show like Stranger Things. And while they may not be as popular as some of Netflix’s other offerings, they still have a devoted following and are considered successes by the company. So if you’re looking for the next great show to binge-watch on Netflix, keep an eye out for cheaper productions like Squid Game and Virgin River.

Stranger Things is one of Netflix’s most popular shows, and there’s a good reason for that. Not only does it have mass appeal, but it also draws in viewers who may not be regular subscribers. This is valuable to Netflix because less-frequent users are more likely to cancel their subscription. Netflix execs have said that they want their shows to appeal to a wide range of viewers, including those who don’t use the service regularly. This strategy seems to be paying off, as Stranger Things continues to be one of the most watched shows on Netflix.

by JauntyM on July 6, 2022
The latest episode of Marvel’s Ms. Marvel features a guest appearance by Pakistani actors Mehwish Hayat and Fawad Khan. The episode has been highly anticipated by fans, as it marks the first time the two have appeared on screen together. And they do [...]

by JauntyM on June 23, 2022
In recent years, Disney has become increasingly dominant in the entertainment industry. Its animated films and live-action remakes have been box office juggernauts, and its theme parks are some of the most popular tourist destinations in the world. [...]

Paramount+ Happy with the success of Halo

by JauntyM on May 10, 2022
It’s been a long time coming, but Paramount+’s Halo series has quickly become a “huge global hit,” says CEO Bob Bakish on a Q1 earnings call Tuesday morning. According to an earnings press release, Halo has continued a run of [...]
Comments
Leave a reply