by JauntyM on September 14, 2021
45
0
previous article
Fortnite season 8 brings back Kevin the Cube, introduces Marvel's Carnage
next article
Sad News Before The God of War Ragnarok is released even (Might be the last in the series) 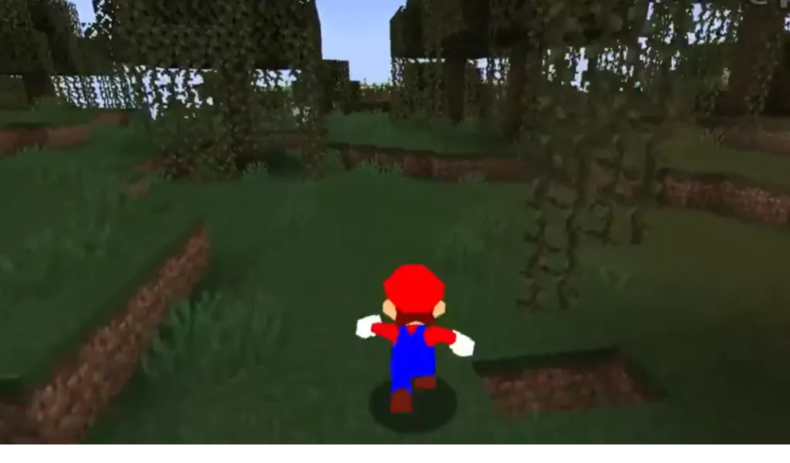 As hard it is to believe but a modder named Dylan posted on his twitter about him playing the Minecraft game using a Mario 64 skin.

There is a working example he shared in a video on his tweet where he was roaming about in the world of Minecraft with that Mario skin.

Fun to see that Mario can actually climb on the walls and make a reaction if he lands on hot burning lava. So far his tweet had 37K likes with more and more coming every second. Dylan himself was amazed to see so much traction on this work of art and acknowledged that in a reply to the same tweet.

His only problem might be that Nintendo is very strict regarding mods and anything like that especially if someone is messing around with their digital properties. A few fans did mention that scenario as well on the tweets. So its fairly to say that this mod might not be downloadable any time soon if it is ever and we might just only be able to see it over twitter or other social media outlets if the Modder choosing to keep posting about it.

The mod is supposedly using the original “Mario64 engine” as per Dylan which is the reason why it looks so genuine and right out of an original Mario 64 game.

If that makes you want to go into Mario and Nintendo gaming all over again then you can choose to go through the deal mentioned below,